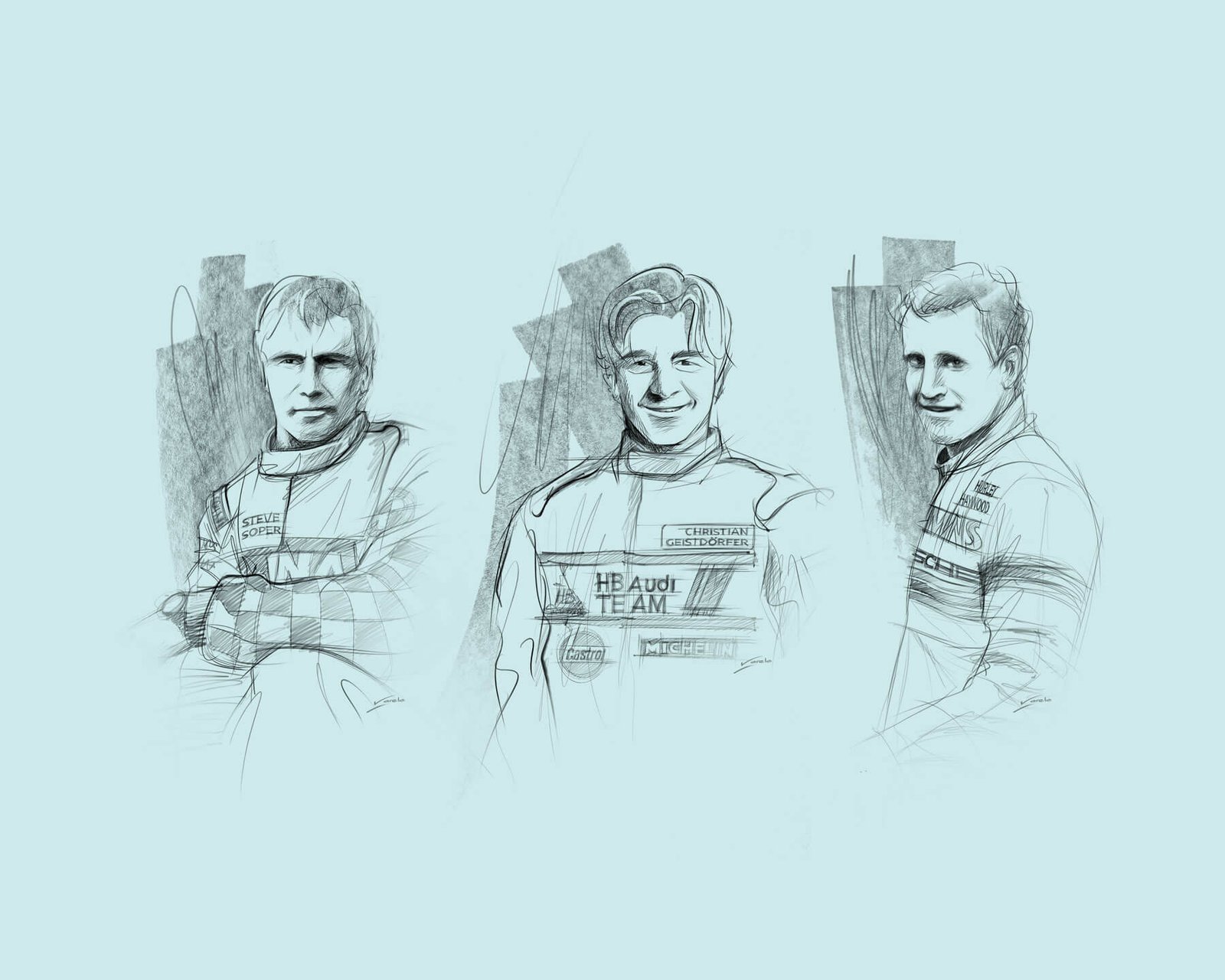 May we introduce to you, our panel of Tazio columnists. Do we really need to introduce Steve Soper, Christian Geistdörfer and Hurley Haywood?

With our launch during the Internationale St Moritzer Automobilwoche on September 15th coming real close – chance of rain, 60% and increasing, greaaaat – we thought we’d give you another update on what you will find inside Tazio.

We have contacted three legends to ask if they wanted to write a column for this new magazine they had never heard of, and they all said: ‘yes of course’. We have given them free rein, just tell what you want to tell, be it something from the past or how you feel about the current state of affairs in motor racing. I mean, we feel so privileged to have these three motor racing legends on board.

From the UK, we have touring car ace Steve Soper. He drove the Rover Vitesse, the mighty Ford Sierra RS500 Cosworth, the BMW E30 M3 and later on the BMW 318is. As a factory BMW driver, Steve was also included in the Le Mans program where he drove the McLaren F1 GTR long tail and the BMW V12 LMR. These days, he is a regular in classic racing.

From Germany, meet the man who told Walter Röhrl where to turn left and right, and where to lift and where not to lift. The result? Two world titles in rallying and four victories in the Monte Carlo rally in five years… in four different cars. Christian Geistdörfer brings us an insight in the rally world like no other can.

And then finally, from the USA, we have asked Brumos racing legend Hurley Haywood to write for Tazio. Five victories in the Daytona 24 Hours, three Le Mans wins, Sebring, and the list goes on. We are dying to hear the stories from the golden days of sports car racing… but we will have to wait a little bit. Instead, Hurley Haywood explains in issue 1 why a certain aspect of racing now would drive him nuts. Ah, how the times have changed.